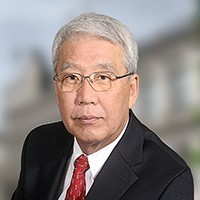 Young S. Park has been active for more than two and half decades in both the Metro New York and New Jersey residential and commercial real estate brokerage markets.

He started his real estate career as a salesperson licensed both in NY and NJ in 1987 with Furumoto Realty, Inc., which ...

ExpandHide
operated offices in Bergen County, N.J., Manhattan and Westchester, NY. During this period, he has successfully sold many types of numerous suburban single family houses, both in New Jersey and New York.

For the immediate past five years, before joining Level Group Inc., a Manhattan based R.E. Brokerage firm in September, 2009, he focused on the Manhattan and Brooklyn residential market as a Principal Broker of New Star Realty & Management of Metro NY, Inc. in Manhattan, of which he was a co-founder and partner. During his tenure with the company, he consummated many new condo sales transactions throughout Manhattan, Brooklyn, LIC and Gold Coast along the NJ shore of Hudson River. He also exclusively represented, together with Corcoran’s Int’l Marketing Group, Extel’s various new condo projects and Trump Soho Hotel Condo directly to Korea by hosting Investment Seminars and attending major Int’l Real Estate Fairs in Seoul, Korea.

Mr. Park graduated from Sogang Jesuit University in Seoul, Korea in 1965, with a BA in Literature and had fulfilled his compulsory military service duty as an Intelligent Officer in the Korean Air Force from 1966 to 1970. He earned an MA degree in Drama & Theatre from the University of Hawaii as an East-west Center grantee (1971-1973) and taught the same subjects at his Alma Mater, Sogang University from 1973 to1977. After his immigration, he has also pursued studies in International Business at the Baruch Graduate School of Business MBA program and in real estate at New York University.

He has been a member of the Real Estate Board of New York since 1993 and the National Association of Realtors since 1987.

Mr. Park is a naturalized U.S. citizen who immigrated to the U.S. in 1977. He is married and has been living with his wife in Westchester county, New York since 1983. He has two daughters both working & living in California.