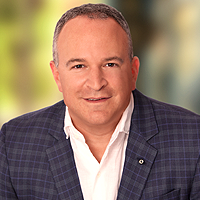 Michael is a well-known member of the New York real estate bar with years of real estate deal-making experience. During a long career as an attorney with major firms in Philadelphia and New York, and with his own firm which Michael founded in 2004, Michael has played a central role ...

Michael founded Level Group (under the name Pari Passu) in 2004 in the belief that a real estate brokerage firm offering a simple, agent-friendly fee structure could succeed in New York. Since that time, Michael and Level Group's co-owner and President, Larry Link, have grown Level Group to more than 150 agents and brokers who have closed hundreds of millions of dollars of New York real estate sales and rental transactions. The company continues to grow rapidly.

As a real estate attorney, Michael has brought to Level Group national real estate experience, along with a level of sophistication and a set of skills rarely, if ever, found at other firms. He makes those skills and experience available to the company's agents in his dual role as the company's principal broker and general counsel. Michael also spends significant time advising the company's agents and can often be seen in the halls of the company's Midtown offices talking with agents about their deals and offering advice. Michael's distinctive kindness, accessibility and humor help to make Level Group an enjoyable and rewarding place to work.