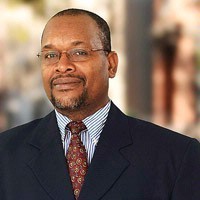 Alvin began his career as a banker at Barclays Bank where he worked in various departments culminating in the collateralization of loans. This formed the basis of his understanding and approach to the whole business of Real Estate along with a stint of mortgage banking under his belt.

ExpandHide
in taking a people's based approach to his tasks, and his majoring in Sociology at Brooklyn College cemented this perspective. It is definitely a factor also in his tutoring part time in first year Latin.

Alvin has lived and worked for the past 18 years in Brooklyn. He has worked for several Real Estate firms, the last being Century 21, over the last 10 years specializing in sales and rentals. Familiarity with every neighborhood in the borough and extensive knowledge of it's housing stock is the hallmark of his trade.

He is an avid reader and is one of the earlier agents to join Pari Passu Realty Corp. His flair for working with clients through to the end of a transaction has left him with the respect and satisfaction of all.